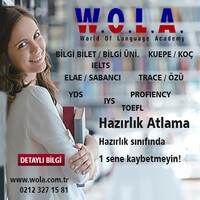 5-kilometer race, beating ten other teams. With that kind of progress, Gardner won’t have to be embarrassed when he spots himself on television again.

International Players in the NBA

Parker is fortunate to be playing for one of the NBA’s best teams, the San Antonio Spurs, The Spurs have won four NBA titles in the past twelve seasons and have high hopes for another one. Last week their fans watched a spectacular win over the Washington Wizards. Although he scored the most points for the Spurs, Parker still credited the team, “It was a great team win,” said Parker, “The team played great, and everybody contributed; so it was a great win.” He was drafted in 2001 when he was only 19 years old. in only his second season with San Antonio, the Spurs won their second NBA title – their first came in 1999 – and they added championships in 2005 and 2007 when Parker was named Most Valuable Player.

1.Releases of radioactive materials from nuclear power plants could hurt people and the environment if not taken care of properly. That’s why utility companies are required to carefully monitor nuclear power plants. All of us, however, are exposed to radiation each and every day, and most of it comes from natural sources such as the sun. There is natural radiation in rocks, soil, and radon, which is a radioactive gas caused by the decay of naturally occurring uranium and thorium in the earth. We are also exposed to radiation every time we use a microwave or a toaster, watch television, use a cell phone, and ride on an airplane. Exposure to low-level radiation is a fact of life. While some natural radiation, such as ultraviolet rays from the sun, can become harmful if you’re exposed to it for too long, it’s primarily only when radiation has enough energy in it to change atoms in living tissues that it becomes harmful. This type of radiation, dubbed ionizing radiation, is the kind used in many manufacturing processes, x-ray machines, and nuclear power plants that generate electricity. Like most industries, the nuclear power industry produces waste, but it is quite small compared with that of other industries. Therefore, the main concern about nuclear power plants is not the amount of waste, but the radioactivity of that waste.

2.For long-term storage of nuclear waste, the US government’s plan is to dispose of it in deep tunnels constructed at Yucca Mountain, Nevada (a deserted area about 100 miles from Las Vegas). Scientists have studied Yucca Mountain for more than 40 years to ensure that storage there would be safe for humans, animals, plants, and the overall environment. Scientists plan to put the waste in miles of tunnels drilled into rock 1,000 feet below the mountain’s surface. The scientists’ studies show that deep down in Yucca Mountain’s dry rock, nuclear waste packaged in special protective packaging and covered with shields will be protected for more than 80,000 years. The radioactivity in the waste would be long gone in only a fraction of that time.

3.No discussion of US nuclear plant safety would be complete without talking about the 1979 accident at Unit 2 of the Three Mile Island (TMI) plant near Harrisburg, Pennsylvania. In that accident, some instruments didn’t work as they were supposed to and incorrectly showed the reactor was filling up with water when it was actually losing coolant. Most experts say the equipment malfunction was made worse by human error. Operators made the accident more serious by cutting off backup systems. The accident at TMI was a serious commercial reactor accident, but it’s important to understand that the plant’s safety systems protected public health and safety. The protective barriers designed into the facility protected TMI personnel and the public. There were no injuries during the accident, and no property around TMI was contaminated. Over the longer term, recent studies of the population near the TMI plant show no change in TMI still safely operates and has done so for nearly 40 years.

19) Which of the following sentences is TRUE according to the text?

Read the text below carefully and follow the instructions for the two sections afterward. How does the biological clock tick?

All answers must be filled in on the answer sheet.

Choose the correct option (A, B, or C) for each question about the text above. All answers must be filled in on the answer sheet.

You are going to listen to a lecture called Charlie.

While listening, take notes under the headings provided.

Your notes will NOT be marked, but you will use them to answer some questions after the lecture.

You will have 20 minutes to answer the questions. You will hear the lecture only ONCE.

The economics of CHARLI

Answer the questions using your notes from the lecture called “CHARLI’’.

You will hear a student called Shona giving a presentation on her research report.

Answer the following questions as you listen. You will hear the audio-only ONCE.

At the end of the recording, you will have 2 minutes to check your answers.

Now you have 90 seconds to read the questions.

Which statement applies to each of the following people who were interviewed by Shona?

Choose FOUR answers from the box and write the correct letter, A-F, next to questions 17-20.

Write a well-organized paragraph of about 250 words on the following topic.